The Rift Café Wiki
Register
Don't have an account?
Sign In
Advertisement
in: Male, Unicorn OC, Alphabetical,
and 3 more

He originally joined the Analysis Community in hopes of making more friends through it. He started out with a reply to Nightsphere the Gnostic and later joined the Free Minded Bronies Podcast where he met Thunder Blur and Puzzle Brony. Soon after he joined the Rift.

His videos tend to stray away from reviews and focus more on analysis with a focus on philosophy, mythology and occultism. He also does podcasts and has been a frequent co-host of the Limbo Podcast. 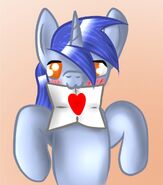 Art by Aeon himself 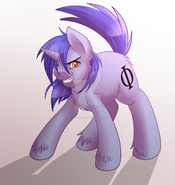 Art by Easter Chu on DeviantArt (aka: TheEasterArt)
Community content is available under CC-BY-SA unless otherwise noted.
Advertisement