The Rift Café Wiki
Register
Don't have an account?
Sign In
Advertisement
in: Alphabetical, Pegasus OC, Male,
and 3 more

Is working on regularly uploading again.

"Animewolfgamer", or "MarkTheWolfpony" if you are a brony, is just your average person. He has been into gaming ever since the days of NES and he always keeps an eye on what Nintendo has been up to. Anime and manga are his thing as he is a huge otaku (a Japanese term for people with obsessive interests, commonly the anime and manga fandoms) and he had enjoyed these medias ever since "Toonami" came out. Since then he has had three different medias he focuses on and he will always have the time to enjoy every one of them.

He works on analysis videos and also works on his own personal fanfictions. His longest running and most current fanfiction being "Dangan Ronpa! Analyzing is Despair!" 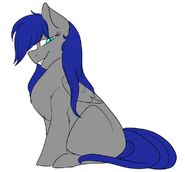 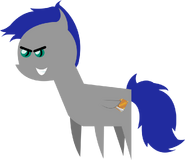 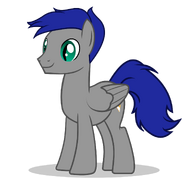 Art By Bas13
Community content is available under CC-BY-SA unless otherwise noted.
Advertisement