[Kept secret, known only to a few]

Phat, as in phat stax

Corpulent Brony was introduced to the My Little Pony: Friendship is Magic franchise by The Marefriend, who was curious about the reboot. She convinced him to watch an episode and, soon afterwards, he became hooked. He hid his power level for nearly 18 months before finally coming out as a brony. During Season 4, he was unhappy with the current state of the analysis community and decided to jump into the ring himself, applying the experience he has attained from a 16 year career as an analyst to the world of colorful talking cartoon horses.

In addition to his acclaimed analyses - which are syndicated on Ponyville Live - this king sized bundle of pony fun co-hosts the Equestria Now podcast with Owen and ShelDawG and is an occasional contributor to the pony news site Horse News. 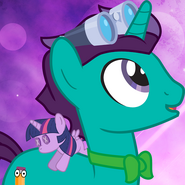 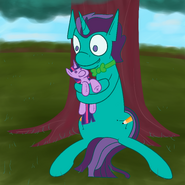 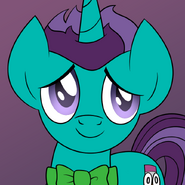 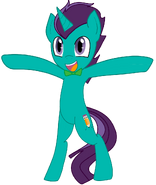 Corpulent fanart by Pixel-inkk
Add a photo to this gallery
Retrieved from "https://the-rift-cafe.fandom.com/wiki/Corpulent_Brony?oldid=12016"
Community content is available under CC-BY-SA unless otherwise noted.