(Only shared with family)

(Only shared with family members)

CP is revealing more about this OC overtime. We apologize for the lack of information.

Crowne Prince is a female antagonist and master of disguise. For more information about her, please take a look at Your OC Sucks Ep. 54 with Crowne Prince Part 1. CP is a horse, and therefor does not have a cutie mark. She essentially goes around the world disguised as a dude committing mischievous deeds and evil shenanigans. At home, she's just a regular mare (if plotting to take over the world counts as regular). 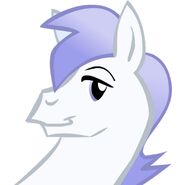 Crowne Prince as male and female

Crowne by Your OC Sucks 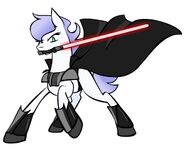 Crowne's wolf form by CatchyArtz
Add a photo to this gallery
Retrieved from "https://the-rift-cafe.fandom.com/wiki/Crowne_Prince?oldid=14966"
Community content is available under CC-BY-SA unless otherwise noted.