Picture by FlaminBunny on DeviantArt

As explained in many of his past interviews, Dr. Wolf found the MLP fandom through different varieties of fan-made content that had been released in MLP's early days, such as artwork and animations. Finding it curious how many people were passionate enough about "A Show with Pastel-Colored Ponies" to create something new about it, he decided to take a look into the show, and found it to be cute. Not too long after that, he and his brother had attended his first convention (specifically, Crystal Mountain Pony Con), and while excited, he felt somewhat uneasy about socializing with other convention-goers and participating in the Convention's events, this took place a long time before he started to create videos.

Sometime later on, Dr. Wolf found that EQD (Equestria Daily) was hosting a video contest and decided to enter with his very first analysis video, "Fluttershy's Weakness Becoming a part of her Greatest Strength". Eventually, the video had been posted on EQD, grabbing the attention of many different bronies in the video-making community, including DigiBro. Eventually, Dr. Wolf went on to create analysis videos regarding the other members of the Mane Six.

Sometime after DRWolf's 3000 subscriber special, where he not only sings for the first time, presents new DRWolf artwork, and reveals his newly obtained, high-quality microphone, he announces the start of a new project series involving the collaborative talents of both artists and analysts all across the community. After discussing this idea over the Rift Cafe Skype Group, DRWolf creates "A Moment With DRWolf", a skit-like discussion in the form of an everyday therapy visit, with different analysts and reviewers arriving to discuss their thoughts on whatever they have an issue with, beit with the show, one of the characters, even very deep topics (Toon Kritic being teased in high school, Heartsong's panic attacks, Corpulent's relationship with both his girlfriend and Twilight Sparkle, etc.) Each Moment includes an office drawn in the style of a different artist the DR comes across.

After many months of teasers, updates, and announcements, on Nov 27, 2014, the first TF2 Analysis video was released. It was titled "TF2: Analysis Anarchy " and featured many Bronalysts including Voice of Reason, Ink Rose, Firebrand, MLP-Silver-Quill, AnY Entertainment, Gibbontake, Phantom Horn, and Eliyora. Each pony was a different class from the very popular video game Team Fortress 2 (or TF2). Each video made after this point added a new Bronalyst to the opposing team; Blu.

Memories of the Equestrian Wolf 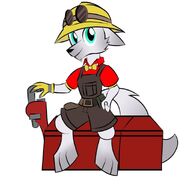 Doctor Wolf as the Engineer in the TF2 Analysis Series

The Doc in real life 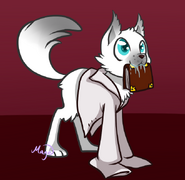 The Doc as a pup by LethalAuroraMage 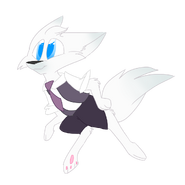 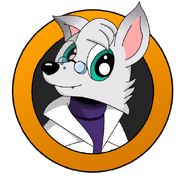 Add a photo to this gallery
Retrieved from "https://the-rift-cafe.fandom.com/wiki/DRWolf001?oldid=15939"
Community content is available under CC-BY-SA unless otherwise noted.