As far as reviewers go Pat Rex 11 is... one of them. The self proclaimed reviewer of the good, the bad, and the underrated is on a constant search for Titans Go episodes to bash, Fluttershy episodes to fanboy over, jokes at politicians' expense to crack, a job, and a good camera.

His inexplicable but limited use of chaos magic has surprised and confused a lot of people, including him. He has at several times indicated that his family tree includes Tyrannosaurus, dragon, autobot, time lord, changeling, Titan, wookie, flying spaghetti monster, and European swallow on top of pegasus and chaos spirit but most of these comments were made while he was drunk and his backstory remains a mystery until he finds the time to make one up. It has been suggested that many of his ancestors enjoyed interdimensional travel, perhaps explaining this muddled lineage.

Nowadays he is a fairly active member of The Void Outpost and The Rift City where the other members must put up with his nigh endless snark and quips. 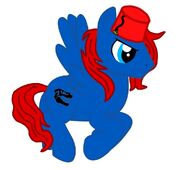 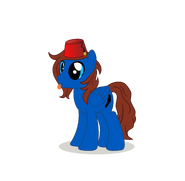 Retrieved from "https://the-rift-cafe.fandom.com/wiki/Pat_Rex_11?oldid=17156"
Community content is available under CC-BY-SA unless otherwise noted.