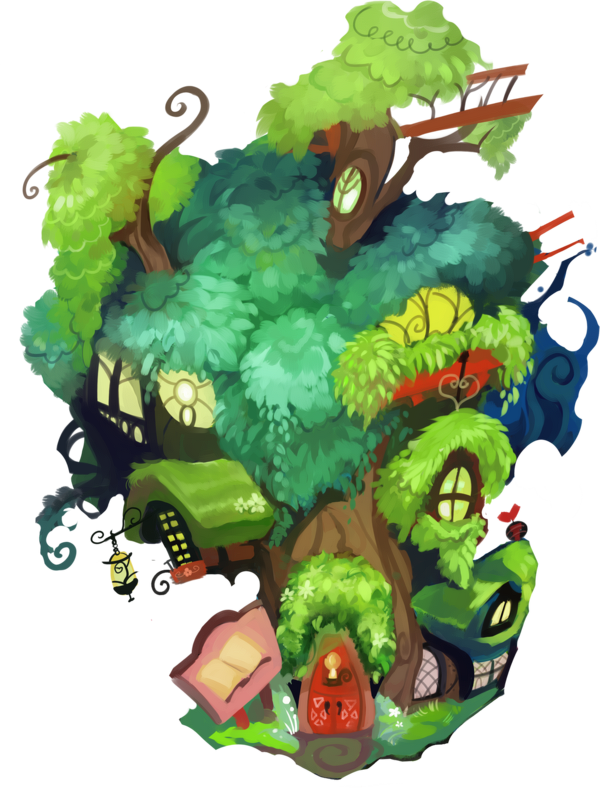 this is sharks library, its where he lives, creates his videos, and learns, this place used to be the golden oaks library before being destroyed by terrik and then being rebuilt by the citizens of ponyville, after which shark had moved into it soon enough stealing his tardis and iintegrating its system into the tree library

after being bared off from the rift, the library had decided to make its own new chaotic place now called utter chaos which had fallen in on its self after the library was let back into the rift

(My 2 Bits canon only) Shark's Library is currently stuck on Comic's channel until it can be repaired after Comic broke it during a fight with Shark.

Important rooms of the library[]

Abilities of the library[]

the story of its conception[]

the library had started out in the series as a simple background but as time went on his library had become alive and was given a story as read above, the library haveing infinite or near infinite troves of books was inspired by avatar the last air bender with the sand library