Has left the fandom

Shark is a brown coated unicorn from Las Pegasus. He has a pencil cutie mark which symbolizes his love of learning but also that he is still being written. After obtaining his cutie mark he decided to go on a journey to learn all there is in Equestria and even outside it, learning from many races, from the griffons to the ancient magic of the zebras. After 5 years of wandering Equestria and learning all he could he arrived in Ponyville, and after witnessing Pinkie Pie's abilities he decided to stay and learn from the pink mare.

At some point in time he stole a TARDIS from one of the many, many versions of Doctor Whooves and integrated its system into his library, at the moment he is sort of on the run from Time Lords...

As for the human Shark, he is a 21 year old male living in Nevada, he has a love for audio editing, anime, and super sentai.

He had started making videos just after season 4 had ended, mainly due to all the negativity going around the analysis community and because he had already loved analyzing the episodes in his spare time, so he just took what he liked doing and put it to video.

Sweetie Belle is his student/assistant in some of his videos. She first appeared in his video on the Elements of Harmony.

"Octopus Girl" is a thing that had escaped into his channel through a hole made by Derpy during his wish list video and at this point Shark has no idea where she is.

"Bodyless text" is actually the TARDIS itself talking to him, and it can be quite snarky when given the right reason to be.

(More to come soon maybe or possibly not.)

Shark is the host of two shows:

The first show is a discussion series simply titled "Shark Discusses", here he talks about things from the show My Little Pony such as the CMC and their cutie marks, why Sunset Shimmer is a good character, and the downsides of shipping. And of course, he also has some guests pop in every now and then.

The second show is a talk show by the name of "TheBCI" or "The Brony Community Interviews" where he and his squarely friend James sit down and talk with members of the brony community, the show tends to get large people such as Antony C and DustyKatt.

Shark also has a temporary recurring role in ComicSansPony's review show My 2 Bits, since in that show's canon Shark's library gets stranded in Comic's Apartment after Comic and Shark get in a fight. He will be there until the library can be repaired.

Other Characters Shark has Voiced Edit

Recently Shark has gotten into voice acting. Currently he has only voiced one character other then himself, and that's "Lightning Blitz", the rule 63'd version of Lightning Bliss. 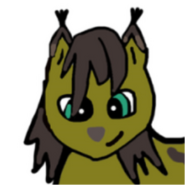 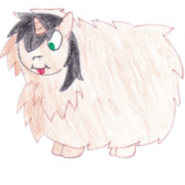 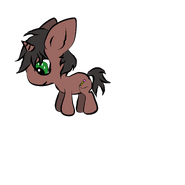 Add a photo to this gallery
Retrieved from "https://the-rift-cafe.fandom.com/wiki/Shark_Discusses?oldid=11671"
Community content is available under CC-BY-SA unless otherwise noted.