ShelDawG became involved in the fourth generation of My Little Pony: Friendship is Magic in early January of 2014. Looking for a documentary to watch during a bubble bath, he came across The Brony Chronicles by Saberspark. Soon after his curiosity grew, it landed him in a marathon run of the first three seasons of the show. Then, searching for a social outlet, he came across MLP Forums, which eventually led him to the brony analysis community. Feeling inspired, he started creating analysis videos on his YouTube channel. Rather than analyzing the TV show, ShelDawG prefers to analyze social, political, and behavioral aspects of the brony fandom. ShelDawG tackles many of these issues through the lens of academics and empirical science, often thought a skeptical lens to frame his rhetoric and arguments. He has also been known to do critical analysis of other content creators in the fandom.

Along with analyzing the brony fandom, ShelDawG is the founder of the Pony Tonite Podcast (Currently not in production anymore) with co-hosts Corpulent Brony and Moliminous. More recently, he is a co-host on the Equestria Now podcast with Owen, a show that reviews new episodes of MLP as they air. He also occasionally conducts interviews for Horse News. 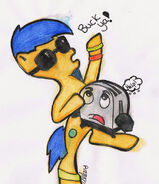 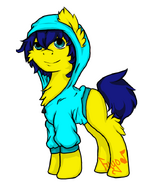 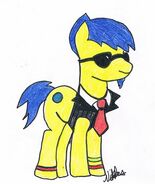 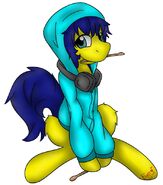 An accurate portrayal of ShelDawG. 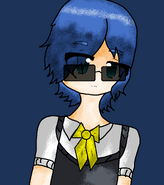 This artist is weaboo trash
Add a photo to this gallery
Retrieved from "https://the-rift-cafe.fandom.com/wiki/ShelDawG?oldid=11000"
Community content is available under CC-BY-SA unless otherwise noted.