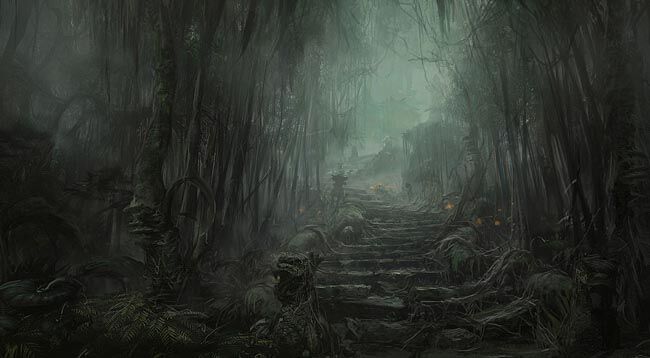 The Void is a mix between a fictional location and a metaphorical one. It's the place inbetween Skype chats while also having a Skype chat in it. Have you ever been on Skype, not in a Skype group? Nobody really talking to you? Even for a moment? In that case, you've visited what Vida has begun refering to as "The Void." It's the absence of any social interaction and positive or negative thoughts. It's not a place or a room on Skype. it's the absence of one, while also being a place from which all places and rooms on Skype are born from and occupy. Including The Rift.

The concept of the Void came from back when Vida was having a major powertrip over being incredibly infamous and having such extreme control over an entire community, being able to send them into a state of panic and incite McCarthyism while hardly trying. About this time, an unrelated-to-pony video came out named This Is War 3, Volume 2. Vida, at the time, was very focused on himself, so he spent time comparing a lot of things to his life and lifestyle to see if it worked. One verse in the video stood out to him and clicked big time, while leading to him developing his explanation of what the Void actually is.

"I'm crossing through dimensions, gone from Rann to Thannagar. But Sithis isn't here now, so hail Malzahar! The Void is a horror unlike any you've known. No light. No sound. Just dark, dead cold. At any given time, you can wind up here. Then I terrorize your mind and consume your fear. There is no escape. Just stay where you are. Dark magic so powerful, they call me Jafar. A glimpse into the night is revealing your fate. The Void is coming. Oblivion awaits."

The verse put an image of a dark, desolate wasteland with a freezing cold temperature due to lack of light, emotion, or life into Vida's head. Then began the onslaught of Headcanons. Vida reasoned out that the Void was the natural state of the universe (or at least the Skypeverse): Empty and lifeless, with no social interaction whatsoever. People eventually find each other in it and create bastions of light that form their own pocket dimensions of sort. Little Bubbles that are scattered around the void. Each of these bubbles contains another chat where the denizens stay, free from the harsh climate and depression that is The Void.

Vida felt like he had been, when he was kicked from the Rift, ejected from one of those bubbles and sent out into the Void, with nobody around. Rather than mope and think about how sad of a thought that is, he decided to call that place Home. There, he could do anything he pleased and they would be unable to retaliate. You can't throw something out of the place you throw them out to. He literally had no farther out to go. Nobody had anything on him. He embraced the idea and the place he was thrust into. He became the first known person in the analysis community to embrace that darkness that everyone else sought refuge from. He may not own or control it, but he uses it to fight for what he thinks is right.

Although Vida makes regular visits out of the Void to hang out in specific chats, he always quickly returns back, more content there than in any other chat he's been a part of. Even those he moderates, such as Limbo. There's no doubt countless other people who reside in the Void, but the place is so vast and spanning so many fandoms and lack there of that it's impossible to tell who. The chats continue to thrive and evolve, floating in the endless expanse of the Void. However, the end of Malzahar's verse states that The Void is coming and Oblivion awaits. This can be interpreted as the fact that these chatrooms are even more temporary than the personalities that create and hold them open. Everything will return to the Void eventually. Nothingness is just waiting to exist again.

Recently, Onyx the Dragoness has taken to building an outpost within The Void, called....The Void Outpost. She is not very good at naming places. The Void Outpost serves as a new bastion for creators within the fandom. Mostly, but not exclusively analysts.