The Rift Café Wiki
Register
Don't have an account?
Sign In
Advertisement
in: Alphabetical, Male, Unicorn OC,
and 2 more

Craft in his Full Body-Passive state from his reviews

Multiple collabs are in the way.

Infrequent (based on others' availability to help him edit his videos)

UnovaBrony first started his analysis career as a co-host to Byter in the podcast, Crepuscular Bronies Discuss (CBD). It started with my first main podcast (Episode 21) with the Equestria Girls trailer but I become a regular from Episode 25 to 58.

It took more than two whole seasons of My Little Pony: Friendship is Magic with tons of reviewers premiering in the middle when he first appeared on the CBD and did some collabs with Robin0928, Dillon, Redcord, and DRWolf but he finally got started making his own content as of July 2015 doing the Equestria Games arc as his first reviews.

Craft who acts as the host for Unova Studies is very much like the real-life version of UnovaBrony. His backstory begins in Manehatten where he was usually the person who seemed to excel in school life academically and socially during his youth as a colt. He believed himself to be a jack of many trades during his time in school having some skill in drawing, singing, and dancing.

But his home life was another story with his two parents bickering about decisions they make for the whole family. This escalated to Craft's mother taking her son who was twelve at the time out of their home to a shelter to seek refuge from the father. This leave was only for two years until the father gain full custody over Craft. It was a result of the mother having delusions over reality and the father being prompt and able to handle Craft more sensible. For Craft, these events led him to want solitude from his family to read action stories and submerge himself in the realities of those tales more often.

He was a young stallion at this time and with no cutie mark. Craft was shaken at this point and had to come up with something. Then he remember that youthful desire to be a hero and remember his father was a member of the Equestrian military if only for a short while.

After spending time with the Rift Cafe online, a portal appeared. Feeling in his heart, Craft needed to be decisive on what he should do in his life. Upon jumping into the portal, the moment came. The flank was no longer blank. The cutie mark as he interpreted was the blade in the center representing his straight and narrow personality such as typical heroes, the torch representing his passion for life, but he never understand what the icicle represented (something maybe cold about himself).

As of gaining his cutie mark, he was now living alone in that same apartment he lived most of his life as his father grew ill mentally and had to move into a nursing home in the far east of the city. He hasn't move on with his new dream of joining the Guard but maybe something in the future can push the stallion out of his house for once and give him the chance to play hero.

After doing his Equestria Games review, he encounters a shadowy figure with a scythe. What happened to Unova, the host? Stay tuned and find out.

Unova Studies is the review series that takes place in my studio apartment. I review by studying MLP episodes like a college student and getting to the gritty details immediately, usually without plot summary as to simply get my thoughts out on episodes faster. My main aim for this show is to study storylines featured in MLP and hopefully other series.

MrTomFox is the artist who does the poses for Unova's reviews. They met when Unova did his first collab with DRWolf for a moment with him. MrTomFox and Unova are friends following that exchange.

Shark Discusses laid the foundation for my reviews so I give him big props for helping me do this as a hobby He can help me time to time as a voice coach for me.

My rating system is based on six tiers: Terrible-Tier (the fury-inspiring, heart-wrenching episodes that need a major rewrite/rework to be presentable again to the show), Mediocre (sub-par episodes that don't ignite my rage but need a lot of retooling with their narrative elements), Mid-Tier (episodes that have equal good and bad parts within the package and can go on unnoticed/boring episodes), Good (episodes that are functional, express a good idea, but lack a certain element or pizzazz to not be label great), Great (episodes that have either one attribute or more expressed to the best ability the show has presented and are recommendable to other non-fans as evidence of MLP's quality writing), and lastly Top-Tier (very limited number of episodes from each season can receive this honor from me as they can be the episodes either I feel they did something unique or hard very well or more often, the best of the best for the Great episodes, some even reaching to perfection if there was a episode like that). 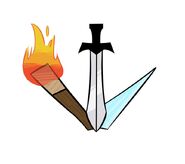 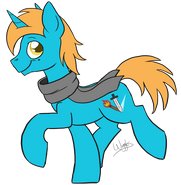 Wiggles' take on Craft the Unicorn